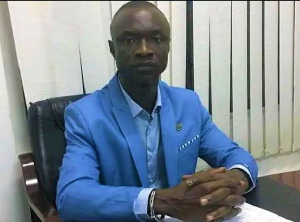 A timely intervention by the police bodyguard of the New Patriotic Party (NPP) Member of Parliament for Lambussie, Dr. Bright Bakye Yelviel Baligi, saved them from a possible attack by some armed robbers.

A report by adomonline.com stated that the Savannah region MP, who was using the Bole-Bamboi Highway with other road users last Tuesday, January 18, 2022, at the time, got lucky after his unnamed bodyguard fired warning shots in the air, sending the robbers running into a nearby bush.

The attack is said to have taken place around 9:00PM on the section of the road between Wasipe and Banda Nkwanta.

The MP’s vehicle is said to have run into a five-member gang that was robbing commuters from about 10 vehicles at gunpoint.

Although arrests are yet to be made in relation to the incident, the report added that all the victims left unscathed, and have since lodged a complaint at the Banda Nkwanta Police Station.